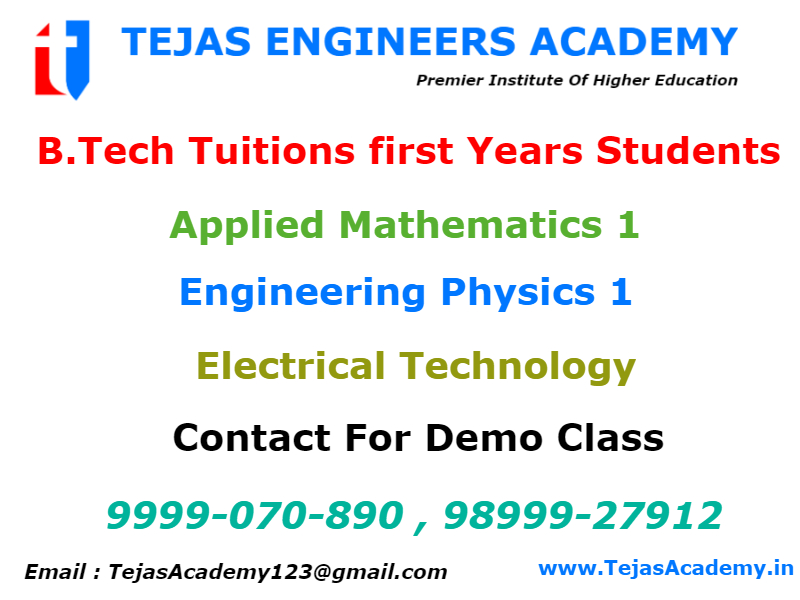 For doing B.Tech IP University is considered to be one of the best in Delhi and NCR. It has 14 colleges for B.Tech students. This year many 12th passout students have taken admission into first year of engineering, following points are worth to be noted.

Syllabus of subjects like Engineering maths, physics, or electrical technology in IP University B.Tech is large enough. University prescribes a sessional exam after 6 week of study. Syllabus for first sessional exam consists of 6 chapters of mathematics-1. It is near impossible for any student to cover it by self study. On the basis of interview conducted by our executive with senior students it comes out that it is required to have B.Tech tuitions in Delhi for scoring good marks in first sessional. We also asked question of available time and almost everyone told that they got boost up in confidence by having B.Tech tuitions in Delhi for Mathematics.

After discussing with many students of different colleges it comes out that first term question paper consisted of difficult question that teacher didn’t covered in classroom. Almost everyone told us that by having Engineering tuitions in Delhi for Maths helped everyone solving difficult question by their own. There are specialized B.Tech tuition institutes in Delhi those are giving B.Tech Maths tuition on weekend and weekdays basis. One of them is Tejas Engineers Academy located in west Delhi near subhash nagr metro station. Here free demo class is provided before joining and faculty is highly experienced for most of the engineering universities. In our discussion with students almost everyone gave positive feedback about having B.Tech tuitions in Delhi at Tejas Engineers Academy.

We asked many students and they told us that by having B.Tech tuitions  in Delhi for Maths they paid more attention to the subject than non tuition joiner. This is a psychological effect on the particular student that he or she had paid for some service and should take it seriously.  On the basis of feedback given by many students we conclude that by joining B.Tech tuition in Delhi for Maths chances of clearing the subject and scoring more marks increases because students starts taking thte subject seriously. It is similar to case of joining gym by giving advanced fees that you start taking exercise seriously.

After discussing with many senior students it also comes out that many students were not allowed to sit the selection procedure in campus placements. It is because they didn’t have good percentage of marks or having one or more backlog. Many of them told us that they must have joined Engineering tuitions in Delhi for Maths to ensure good percentage of marks. Many of them joined B.Tech tuition in Delhi after getting backlog.