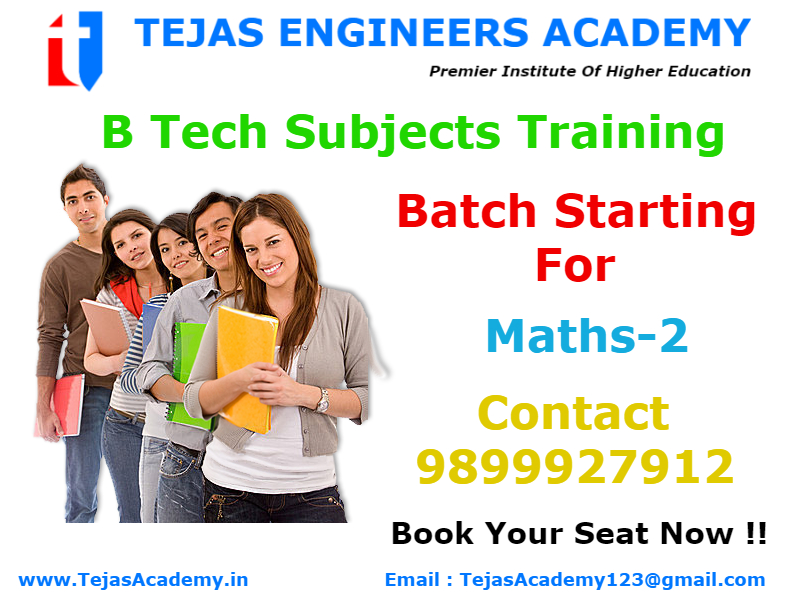 In general time available for preparation of exams is much less as a result some portion of the syllabus of subjects needed to be left, as told by a senior student of MD University. Many students those who joined B.Tech tuitions in Delhi are the exceptions. Students alos told us that most of the student including topper of the college used to join B.Tech tuitions in Delhi for various subjects like, Maths, Electrical Technology, Digital signal processing, Microprocessor and Microcontroller. Sidhharth an electrical engineering student in Kurushetra University who joined us last year told us that final paper is totally different from what the Lecturer used to teach us in the class. Rakesh is a regular student of NSIT who came to us last year in a batch of B.Tech tuition in Delhi for Microprocessor and Micrcontroller, who told us that faculty of microprocessor in NSIT highly strict and is giving difficult problems to solve those are not available in any book. After joining us they are now satisfied and recommending other to join, as the subject of Microprocessor and Microcontrolller is tough.

Suresh is MD university student saying that he was much weak in Applied Mathematics and was not able to understand even the basics of the mathematical operations. He was getting backlog since last two years. He came to us in the year 2015 and joined a batch of B.Tech tuitions in Delhi for Mathematics on weeked basis. He was able to succefully clear the backlog in first attempt. His basic argument was that college teacher didn’t pay attention towards the highly weak student those didn’t even understand basics of integration and differentiation. After we joined B.Tech tuition for Mathematics we told that we needed to understand from basics and then we got good results. Beside problem solving B.Tech tuitions in Delhi is giving confidence boost to especially weaker students. Rohit is a student of USIT under IPU who is taking Computer science subject B.Tech tuitions in Delhi from our institute. We are giving him tuition with best in class faculty it is our hardwork by which he is now getting good percentage of marks.  Last year when he joined us he was much weaker in fundamentals of the subjects, we worked on his area of weakness and took all the measure. He told us that after joining B.Tech subject tuitions in Delhi with our institute he was able to clear all the backlogs. One of the big Problems he pointed that “In current days most of teachers of Government colleges are busy doing their own research work and they are not at all interested in teaching in class room”. He also pointed out a very valid point that government should make a policy to regulate the education in engineering colleges as teachers don’t pay much attention in government institutition in teaching the weak students. We recommend student of government colleges to join B.Tech tuition in Delhi for important subjects with strong fundamental to get good percentage of marks as well as a reputed job.